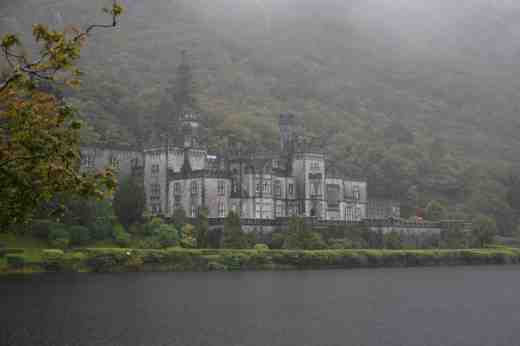 Popular with tourists from around the world, the magnificent Kylemore Abbey is a lakeside castle built in the Gothic Revival style. It was built by Mitchell Henry, a Manchester tycoon and Galway MP, for his wife and work began in 1867 and took four years to complete. In the 1920s it was bought by Benedictine nuns fleeing from persecution in Belgium and was run as a school for girls that closed in 2010. It is now best known for the restored interior of the castle and the Victorian walled garden that is a fine example of the style and well maintained. The walled garden is a long way from the main buildings and there is a courtesy bus that takes you to and fro and was a blessing when I visited because of the torrential rain. I would guess that it is about a mile and a decent walk but a beautiful one on a better day.

Admission is a fairly steep €13 but you do get access to the castle and the gardens and you could easily spend half a day here – more if the weather is nice. There is also a good, large cafeteria and huge gift shop. Despite the weather there must have been 20 coaches in the coach park and everywhere under cover was packed – the garden less so! 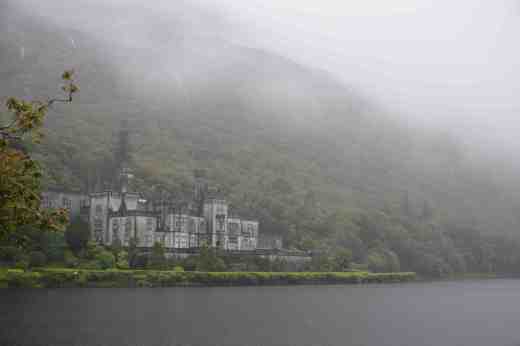 Entering the walled garden. It slopes down to the centre and is divided into the ornamental part (seen here) and the kitchen garden (to the left of this view) with its long double herbaceous border running through it

The sloping lawns are embroidered with sinuous beds

Good to see the bedding was in Wexford’s colours! 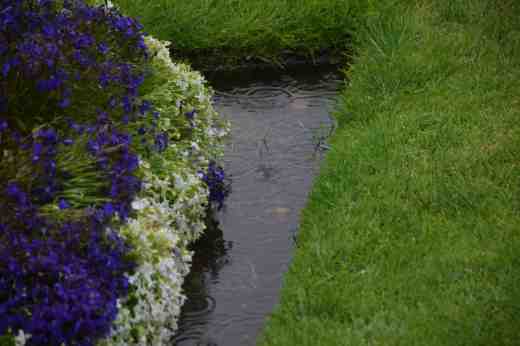 Did I mention the rain? 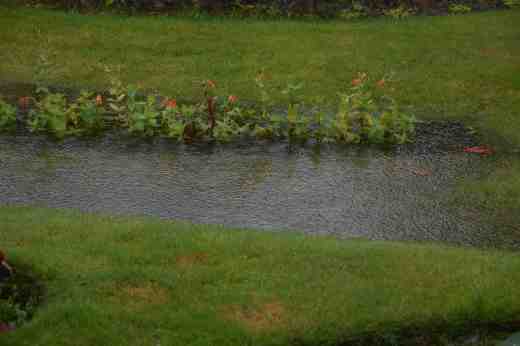 Was the gardener psychic when they chose moisture-loving Mimulus cardinalis for these beds? 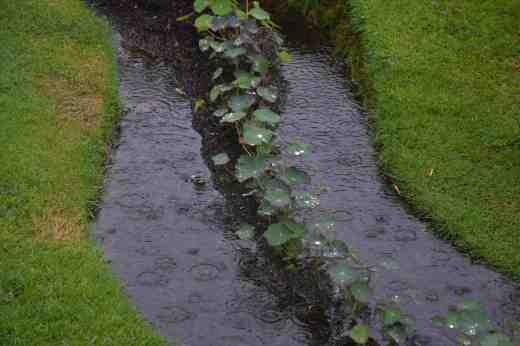 Possibly not because these poor nasturtiums will not be happy in this pond! 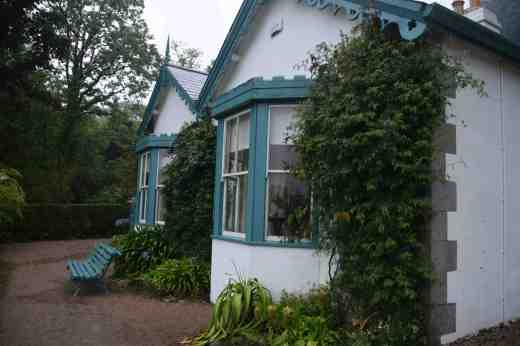 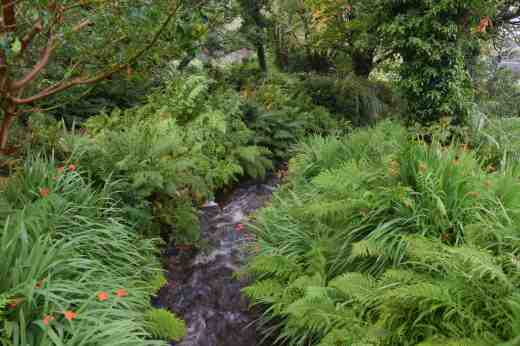 There is a shady fern walk in the centre of the garden – that is supposed to be a stream, for once

From there the formal path suns through the ornamental garden

It was wet here too

And there is a Gothic cathedral in the grounds too, on the other side of the Abbey