You are here: Home » A bouquet of iris

The iris are blooming at a prodigious rate now so rather than give each one a post I am offering you a bouquet of iris. You never need an excuse for some eye candy.

‘Stitch in Time’ a Schreiner’s plicata from 1978

The captivating and reblooming ‘Victoria Falls’. Dating from 1977 it is an oldie but it is vigorous and so beautiful, and a Dykes Medal winner too 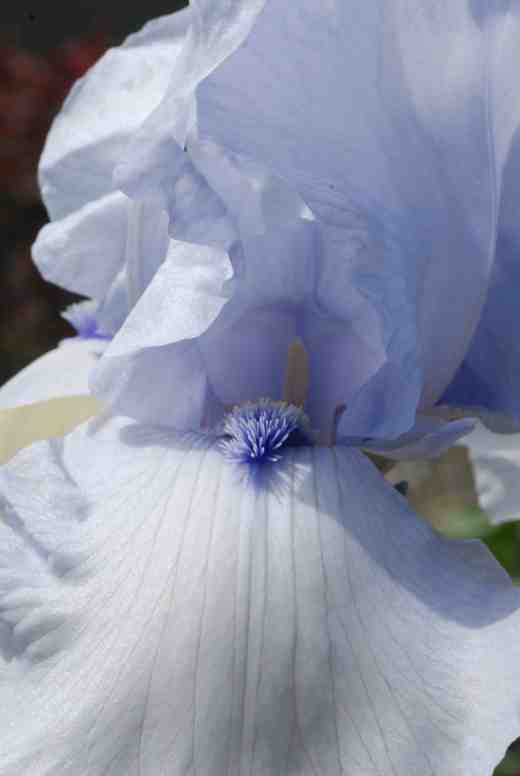 ‘Song of Norway’. Bred by Luihn, it is another one from 1977 – is there a pattern here – and although the flowers are not huge and the falls ‘fall’ and are not ruffled or flaring it has beautiful colours and grace 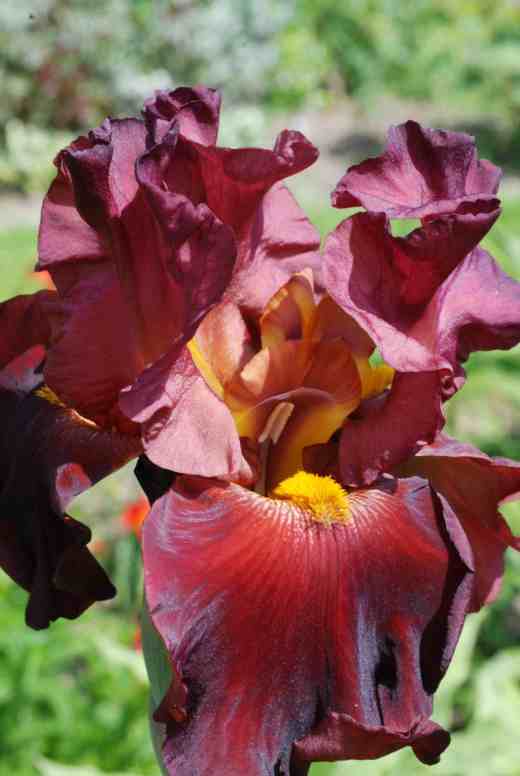 ‘Rip City’. This is from Schreiner’s breeding for a good red and is pretty close. It has classic iris styling and lots of buds on strong stems and was introduced in 1999 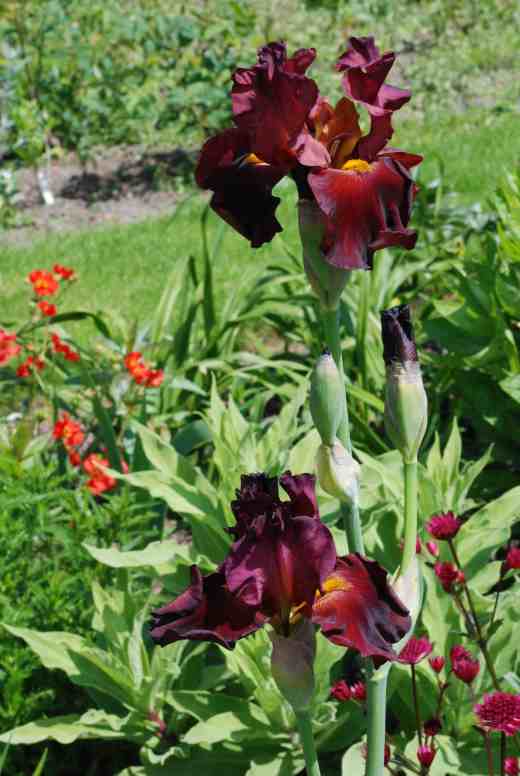 ‘Rip City’ in the border 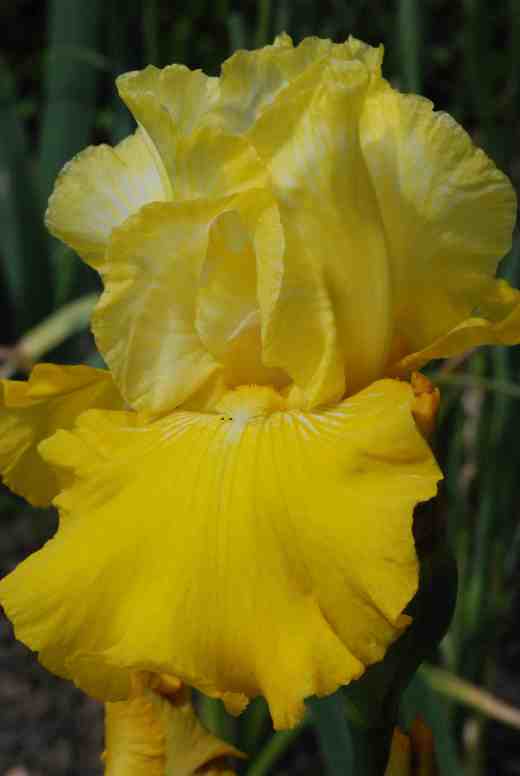 ‘Lune et Soleil’ is a Cayeux (2012) introduction with creamy standards and yellow falls. I love the shape and colour of this one

‘Magnetisme’. The ‘blackberry meringue pie’ look of this one is enhanced by those fiery beards! Cayeux 2011 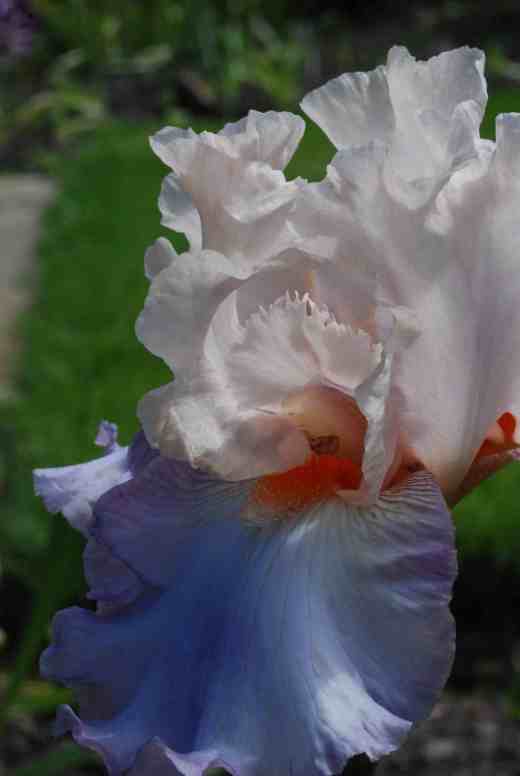 ‘Celebration Song’. The pinks seem to be later opening for some reason but they have started. This is a pastel confection from Schreiners (1993) that won the Dykes Medal in 2003 – i wonder why it took so long? 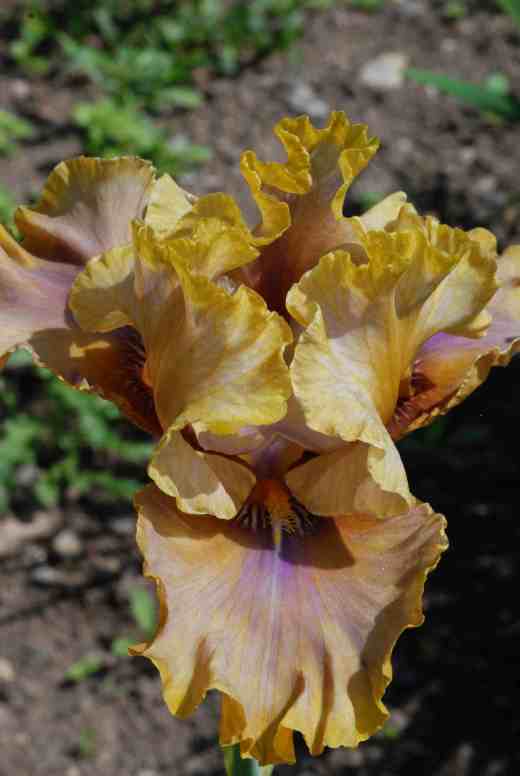 ‘Bamboo Shadows’. Now I know not everyone will like this and I know it doesn’t show up well in the garden but I quite like these muddy blends! (Keith Keppel 2005)

‘Miami Beach’. I love this one with its crisp form and clean colouring enhanced by that brilliant beard. (Keith Keppel 2004) 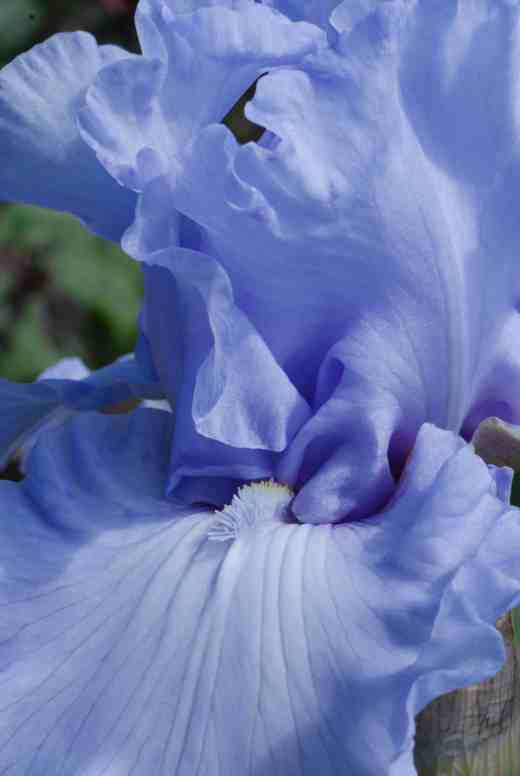 ‘Silverado’. It is silly to pick favourites but this will always be up there in the top ten for me. I don’t know if it is the colour, the ruffles or the fact that every time I say the name I think of the Eagles song ‘Desperado’! (Schreiners 1987, Dykes Medal 1994) 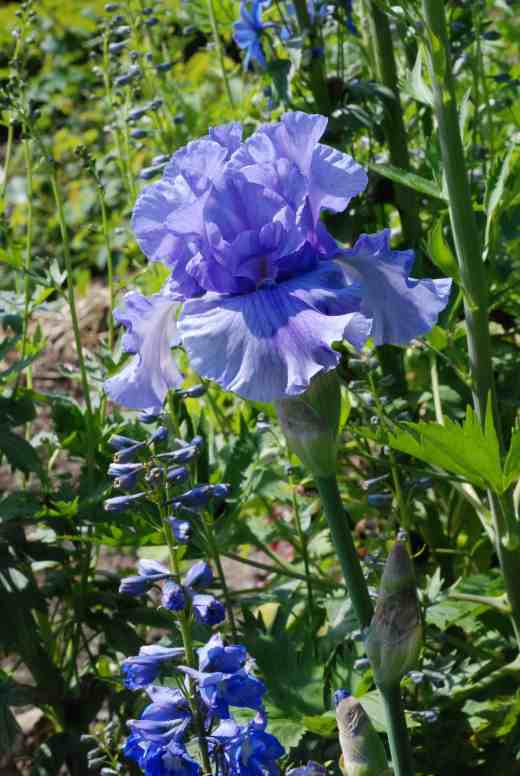 ‘Friendly Seas’. Rich colouring, lots of ruffles and a sweet scent make this one a winner. (Keith Keppel 1999)