You are here: Home » The granddaddy of all cacti – or maybe not 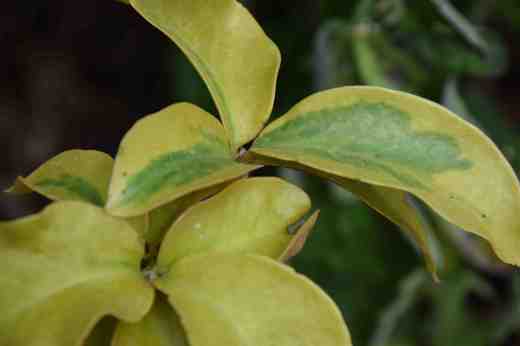 Like a lot of gardeners, I had a cactus phase very early on. As a child I would spend my pocket money on small cacti sold in supermarkets. The same sorts of plants are available today – seedlings of large, columnar species that have little chance of flowering but are quick to grow and cheap to produce. Of course you can also buy these cacti with dried flowers stuck to them or plastic features pushed into their flesh – all sorts of tortures are inflicted on poor cacti even before they are carried off to their dusty deaths in downstairs toilets.

I feel a bit guilty about today’s plant because I have had it for at least a decade and it has hardly grown at all, because of neglect, if not quite abuse. But I brought it with me to Ireland and I am pleased to say that, after a bit of TLC it has made some good growth, given me some cuttings and cheered me up.

The plant (above) is Pereskia aculeata ‘Godseffiana’. ‘Why is he blabbering on about cacti’ I hear you say. Well, the reason is that the genus pereskia is generally considered to be very like the progenitor of all modern cacti even if it is not actually the plant from which they evolved. I must admit that I always thought it was, but modern research has messed up that idea!

Work in 2005 and 2011 suggested that pereskia as a group is paraphyletic – a group derived from a common ancestor but not comprising all the descendants. Also that the pereskia comprised two groups, that evolved separately, the Leuenbergeria  subgenus that grow naturally around the Caribbean and Gulf of Mexico and the Pereskia group from south of the Amazon basin. Both, however, are pereskias, named after Nicolas-Claude Fabri de Peiresc, a 16th century French botanist and there are about 15 species, all frost tender and distinctly uncactus-like.

They are scrambling, evergreen shrubs with large, soft leaves and they can exceed 6m in height. They are valuable as a source of food in many countries, both the foliage is eaten and the fruits – Pereskia aculeata, one of the species from the southerly area of the genus’ range, is commonly called the Barbados gooseberry (yes I know it is not native to there), the lemon vine or, along with them all, leaf cactus.

It is a species that has been taken around the world and it has become a weed in some areas, including south Africa. But that is not going to be likely in northern Europe. Here it must be grown as a greenhouse plant or on a sunny windowsill where the cv. ‘Godseffiana’ is a showy and rewarding foliage plant. Sometimes the leaves are buttery yellow while other shoots have green centres. In all cases the leaves have a coppery reverse, especially when grown in good light.

Of course, up to now there is no reason for you to believe this is a cactus at all. But the flowers, in various colours, are very cactus like, but I don’t have a photo to hand. So I will have to make do with a photo of the stems of my plant, which clearly shows the spines growing from the areoles. 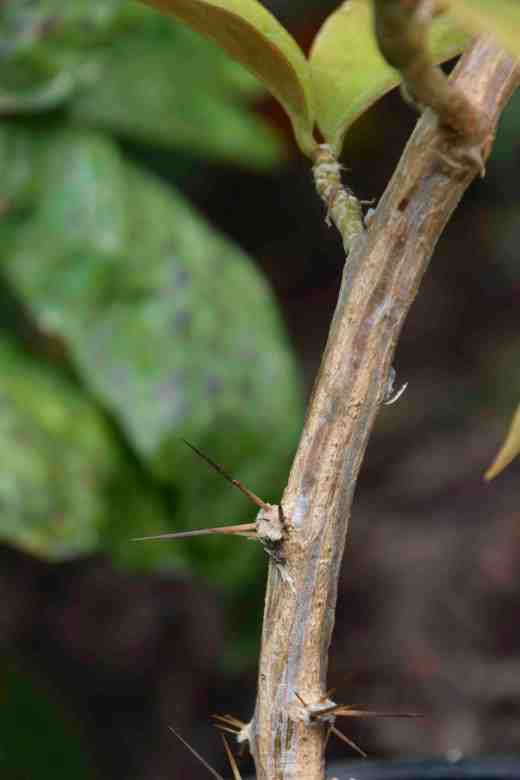 Pereskias are easy and interesting plants and need no more care than ordinary cacti. They make attractive climbers for a conservatory and if pinched out regularly will become bushy and neat. The shoot tips can easily be rooted – as seen below. 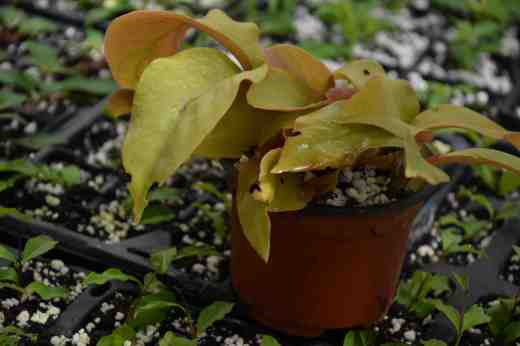 3 Comments on “The granddaddy of all cacti – or maybe not”