You are here: Home » Tulip time

Although tulips started to bloom months ago, they are reaching a peak now with single lates, parrots and many other sections all in bloom. Tulips are getting a big push of publicity in Ireland right now with displays in many gardens. I saw this beautiful combination in the garden centre at Altamont the other day – so refreshing to see three similar cultivars combined in a planting rather than the usual self-coloured blocks. There are only three colours and yet there seem more at first glance. 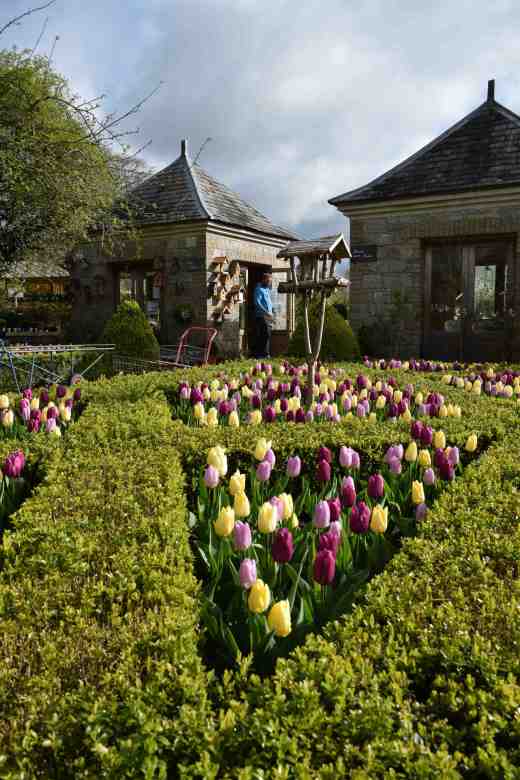 Although tulips are lovely enough on their own, it is rather special to see them used so imaginatively – and they were just tall enough. Robert Miller (in the photo) has done a great job and the garden centre is packed with treasures – I didn’t leave empty handed!

But not everything goes right with tulips and one of the problems is virus, which I have mentioned before on the blog. It is illegal to sell virused (or broken) tulips because the virus can easily spread from plant to plant by disease vectors such as aphids. None of the tulips planted in the garden here had signs of virus at first so I am sure the disease came from the lilies which did show virus symptoms. The virus prevents the dark pigments in the tepals from developing so the blooms are flaked and feathered – very attractively. In fact they are so attractive that it is these that created the insane speculation on tulip bulbs that led to tulipomania that reached its peak in 1637 when the market crashed and fortunes were lost.

This dark red lily-flowered tulip shows severe virus symptoms but it is beautiful. 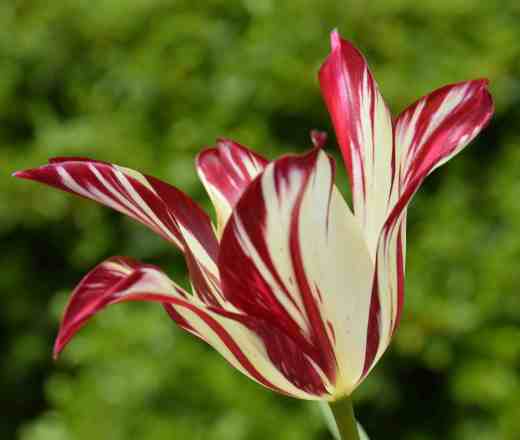 In fact it looks very like the old ‘Sempre Augustus’ (below), one of the most famous of all the speculator’s favourites. In 1637, a single bulb was traded for 5 hectares of land! 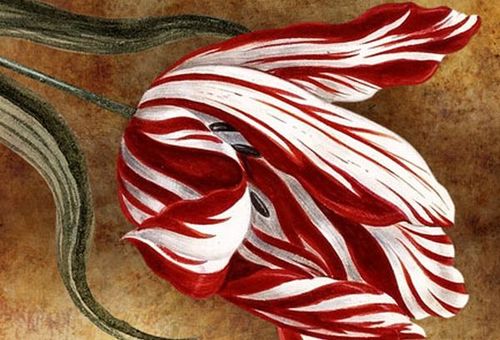 ‘Sempre Augustus’ from the web

The exact colour pattern as a result of virus can vary. Here are three flowers of ‘Burgundy Lace’: one normal (though from a small bulb hence the small flower) one with mild symptoms and one with severe symptoms. 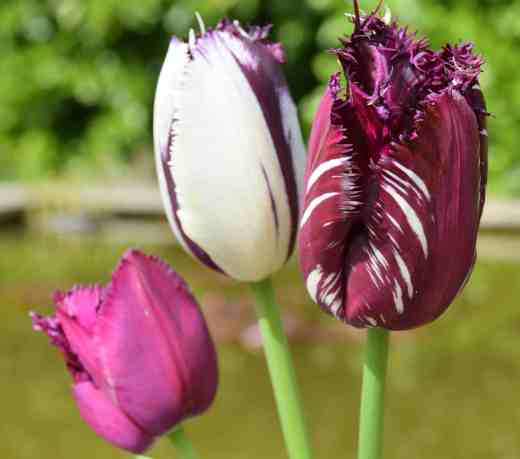 And here is our ‘broken’ friend again with a ‘Rembrandt’-type tulip that is genetically striped – the more even patterning is a sign that it is not virus induced. 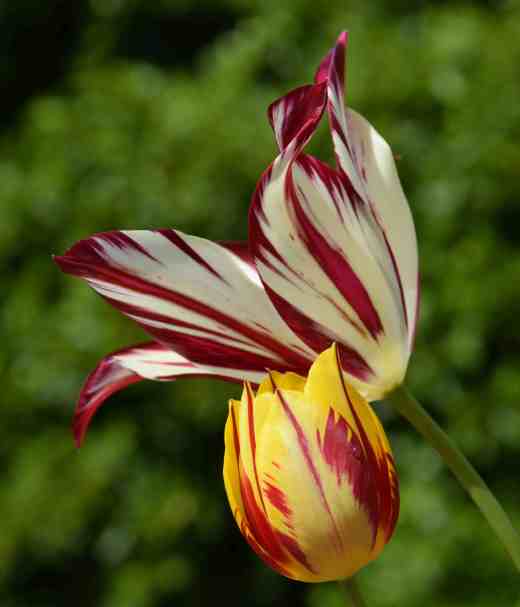 Did you work out why this rhododendron had such a low habit? 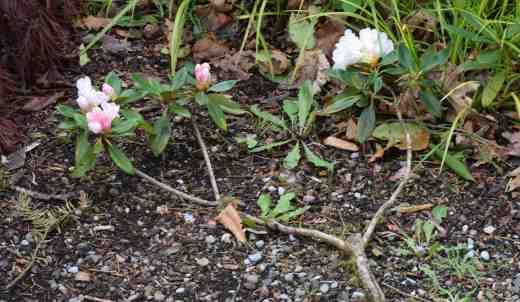 Well, it was another plant at Altamont and unfortunately it was planted between a path and the edge of the lake where people want to see the view. No more words are necessary. 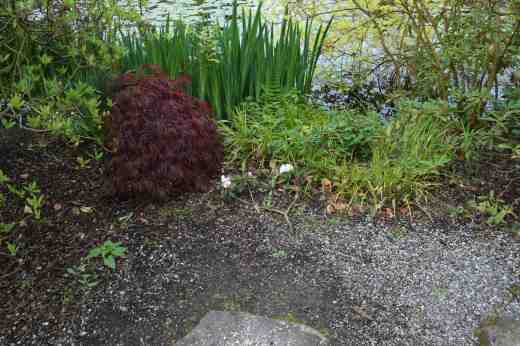