You are here: Home » Living in a cave 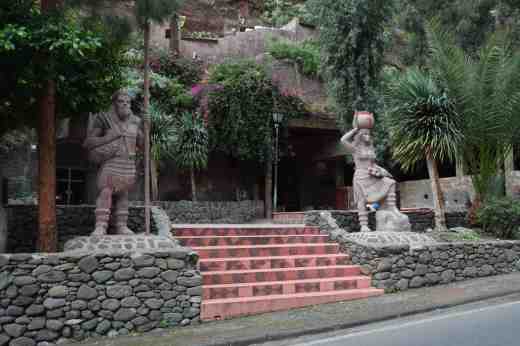 One of the most famous aspects of the native population of the Canaries, perfectly happy until the Spanish came along (in the 14th century), is that they frequently lived in caves. Formed naturally in the larva, these caves were excavated and used by the guanches either as dwellings, to mummify their dead or to store food. Although they can be seen around the island, the most famous collection of cave dwellings is in the Barranco de Guayadeque, a fertile valley that was the most densely populated area of the island before colonisation. A trip up from the towns of Aguimes and Ingenio takes you through a flat-bottomed valley with a stony floor with lots of aeoniums and wild plants and first you reach a museum which explains the geology and history of the valley (for 3e). Further up there is a collection of cave houses that are still lived in and below is a small bar (pic above). Coaches stop here. You can wander along the paths among the dwellings which is slightly odd, peering at peoples’ homes.

But I guess it provides income, especially as some have made their homes into makeshift shops, selling local products such as honey.

Although named after the native dogs, the Canaries seem to be home to felines  rather than canines. This one was very playful.

The road continues to the head of the valley where there is a bluff that houses the most famous series of caves, now the Tagoror restaurant (and others) which is another good place to stop and have a look inside as well as walk round the bluff which has more cave houses and great views both up and down the valley. 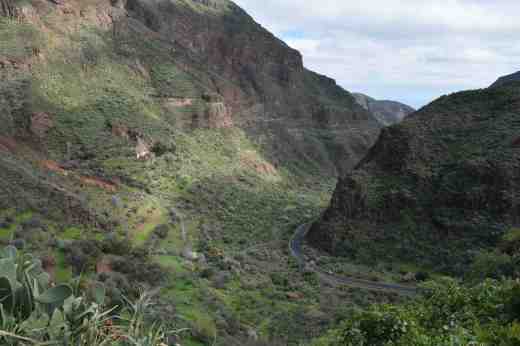 At this elevation, in February, the highlight of the visit, for me, was seeing all the almonds in bloom. Almonds are an important crop throughout the island, especially in the north and at temperate elevations, and are wild or naturalised and splatter the hillsides with pink and white.

As well as nuts for a whole host of desserts, the flowers provide nectar for the bees to make honey. 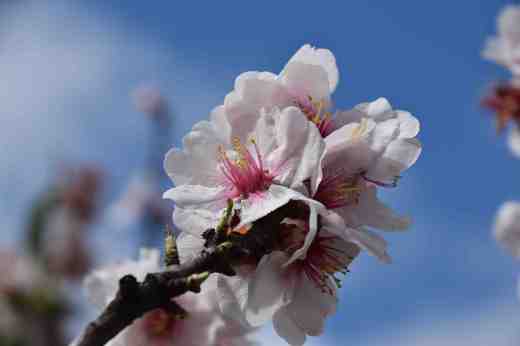 And later, nuts of course.

4 Comments on “Living in a cave”