You are here: Home » Tweedledum and tweedledee

It is interesting to see that two, rather similar, geraniums have continued to seed themselves in the garden in my absence. For illogical reasons on my part, one is almost welcome and the other is not so, and I can’t really quantify why.

The larger of the flowers above belong to Geranium pyrenaicum f. albiflorum. I have already posted about the lovely ‘Bill Wallis’ which I enthused about at length. There was not complete agreement with my adoration of this self seeder and some people commented that it was a dull weed. While I still think it is a great little filler I have never really liked this white form, despite the fact that I grew it from seed more than a decade ago. Suffice to say that I have never been without it since! It has the same, rather rounded basal leaves and sprawling (or insinuating) stems as the brighter forms,  and a long succession of flowers. And although it has the good quality among white flowers of dropping the petals before they go brown, I just can’t take to it.

The smaller flowers belong to G. robertianum ‘Celtic White’, a pure white form of the wild herb Robert. The wild plant has pink flowers and the the stems and flower stalks are suffused with red, more intensely on plants growing in dry conditions. It is a lovely plant in itself but can easily become a weed since it seeds and grows in even the poorest soils, flinging seeds around the place. It is said that this white form is less profuse but I can’t vouch for this – in fact I would disagree! But it is such a delicate plant, with pale green, filigree foliage and dainty white flowers, that I would always be happy to see it here and there. It is a short-lived plant that flowers quickly from seed and can be grown as an annual or biennial although it seeds at all times of the year so it is hard to tell exactly what it is up to. Bees seem to love these white geraniums.

I seem to remember that there is a white-flowered form with red stems but this pure white form is said to date from around 1910 and is linked with E A Bowles who said that it came from Charles Isham. He is most remembered for his love of whimsy as well as gardening and he introduced the first gnomes into Britain, making whole groups of them on his rock garden at Lamport Hall in Northamptonshire.

Striking gnomes at Lamport. Photo from the web 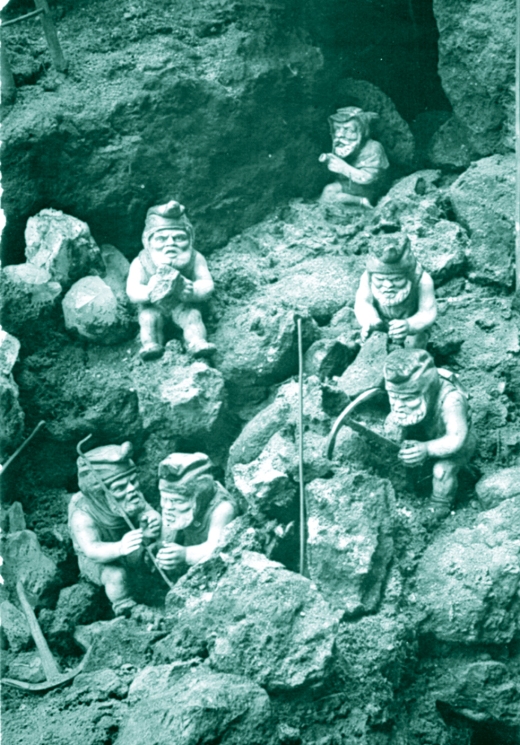 Busy gnomes. Photo from the web 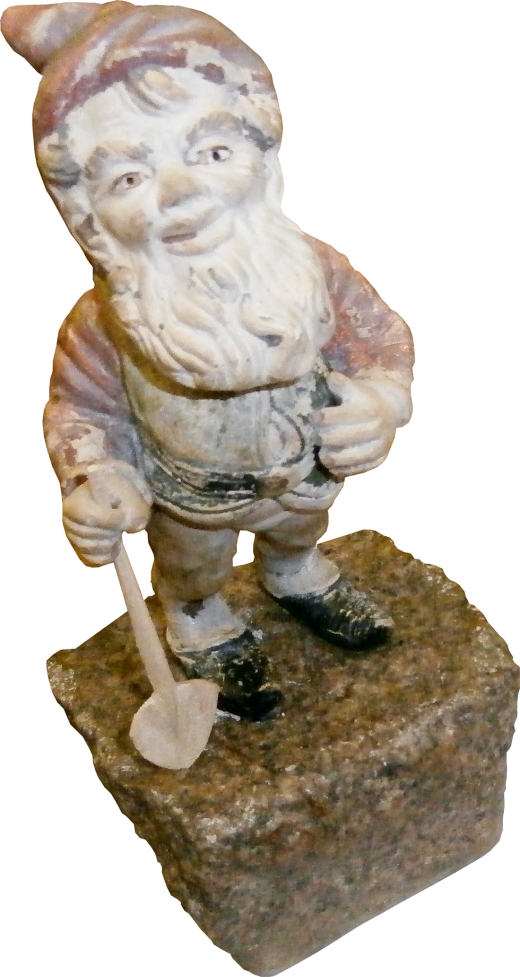 Lampy the gnome – one of the few that survived at Lamport after Charles Isham’s daughter displayed her good taste and destroyed most of the others – valued at £2 million today. Photo from the web

6 Comments on “Tweedledum and tweedledee”