You are here: Home » Griselinia littoralis 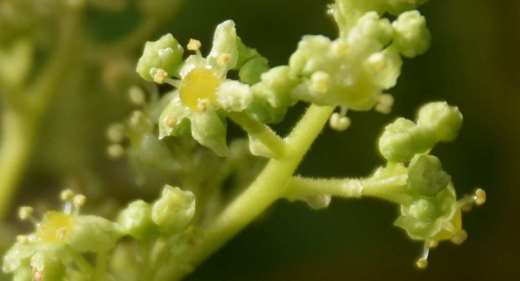 Yesterday’s post was a bit of a stinker because the flowers of Griselinia littoralis are tiny and I am sure most people do not notice them. And I have to confess that the whole plant is one that I usually ignore. This is largely because I find the plasticky, rubbery leaves decidedly unpleasant and, in much of the UK, apart from coastal and mild areas, it is not reliably hardy. Now I have no trouble cossetting plants and losing sleep over whether they will survive  a cold snap, but they have to be a lot more exciting than this for me to take the extra stress. 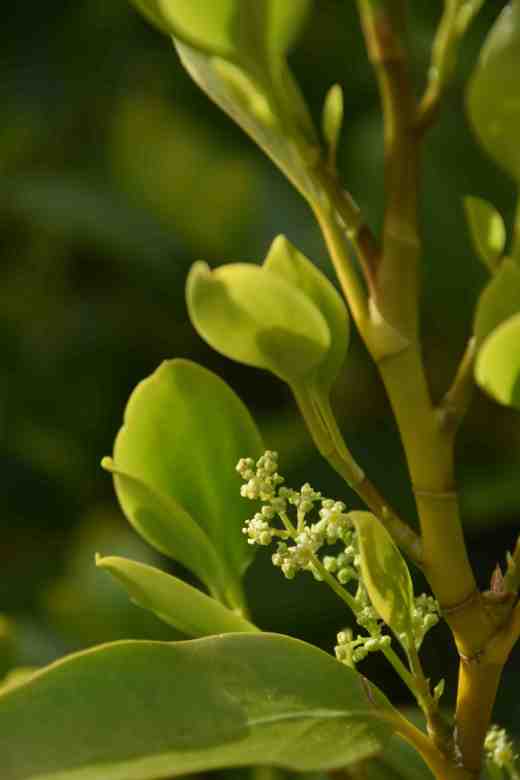 It is native to New Zealand where it grows extensively, from sea level to 1000m and can form large trees exceeding 20m in height though it is usually smaller near the coast. The name ‘Littoralis’ means ‘of the shore’ and it does have the useful habit of tolerating salt sprays and winds. It withstands clipping and makes a good hedge or windbreak in coastal areas. In inland areas it too often gets coaxed into growth early and these get blackened by late frosts. The stems are very bendy and golden in colour and the leaves also have a yellowish cast. There are variegated forms of course, which are, perhaps more desirable. The native name for the plant is Kapuka which is, perhaps, the most interesting thing about the plant. Except… for the fact that it can live in a similar way to a strangler fig, in moist climates the bird-dropped seeds germinating on branches and then sending down roots into the soil and sometimes then smothering the host tree. 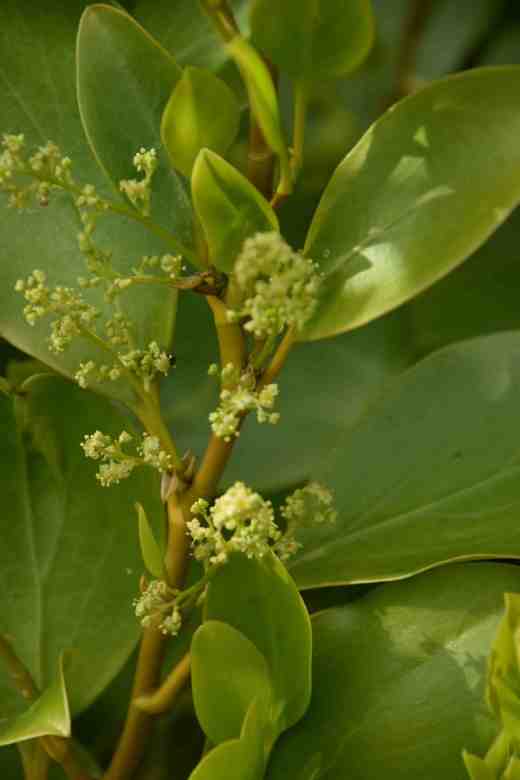 And even other plants don’t want anything to do with it and it is in its own family – Grisleiniaceae – though it was, at one time, included in the Cornaceae. The plants are either male or female and female plants produce small black berries. These may be edible and the plant is not toxic to humans or animals. There are two New Zealand species – the other is G. lucida – and five from South America.