You are here: Home » Gorse by the sea 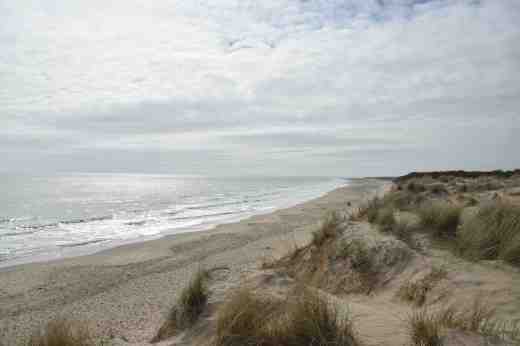 Tourists to Ireland come here for many reasons but the beaches are probably not high on their list.  A good proportion rush west from Dublin to experience The Wild Atlantic Way and the dramatic cliffs and coastlines but very few head south and see the glorious beaches of Wexford. But there are miles and miles of golden, soft-sanded beaches that are often backed by dunes and largely quiet. 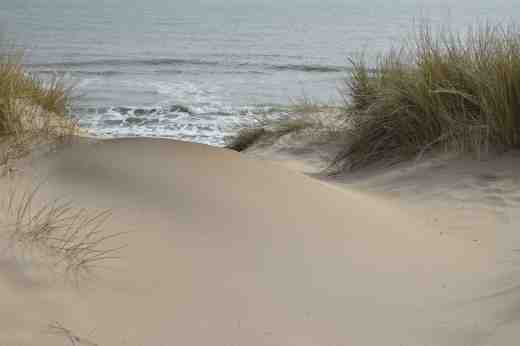 Here is the wonderful beach at Morriscastle, a couple of km east of Kilmuckridge, known locally as the golden mile, even though it is longer than a mile. There are holiday parks (including the very sophisticated and well landscaped Oatfields) nearby and parking and a cafe and shop just by the beach. The name comes from an old Norman castle of which there are still ruins apparently though I have never noticed them.

These dunes are full of flowers in summer but for now there is just marram grass (Ammophila arenarius) binding the shifting sands and, at the back where the sand is stable, great mounds of gorse.

Gorse is a common shrub in this part of Ireland and tends to grow in poor, dry, acid soils. It is a legume so is able to ‘fix’ atmospheric nitrogen and this thrive where other plants would struggle. Gorse (Ulex europaeus) is an evergreen shrub that can grow to 3m high and wide though it is usually rather smaller. It is not really evergreen in the normal sense since the green stems are more or less leafless and they are very spiny which deters browsing animals. The fact that it grows in heathland is relevant because it is very resistant to fire. Gorse burns fiercely if ignited but, although the shrub will be burnt to the ground, it will resprout later. Also, the seeds germinate better if lightly flashed by fire. Many, many years ago I seeded an area in Battersea, London, with gorse and, to mimic the effects of fire I put batches of seeds in a wire sieve and tossed them over a gas ring of a hob. Well I actually only tossed one batch since the wire sieve melted/burned and I had gorse seeds all over the kitchen!

Gorse is so common and showy that it has many common names including furze and whin and is known as Aiteann gallda in Irish. There is a well known saying that kissing is out of fashion when gorse is out of flower which refers to the fact that there are usually a few gorse flowers open around the year. But spring is the time when gorse is in full bloom and it colours the landscape as brightly as the now common fields of oilseed rape. 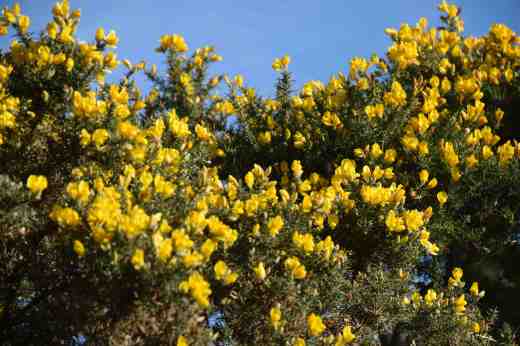 There are many reasons to love gorse. For many it is memories of sunny days in summer listening to the seed pod popping as they dry and fling their seeds around. But for me, the main reason to grow it is the glorious smell of coconut that wafts from the plants in the sun. There are not many flowers that smell of coconut so this hardy shrub is very special. There is a double-flowered variety that does not set seed and I have one in the garden in the UK. 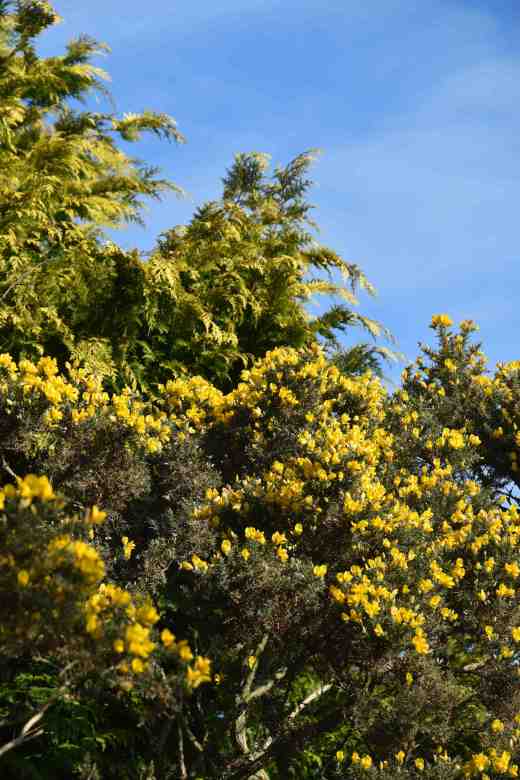 8 Comments on “Gorse by the sea”