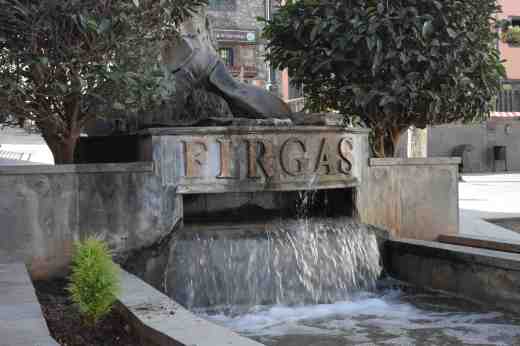 After a topical, chilly post yesterday, a quick flight to Gran Canaria again and high into the mountains in the north of the island. Today we are at Firgas, a name that may be familiar to visitors to the island even if they do nothing all week but walk from their hotel to the beach or bars because it supplies a lot of the bottled water on the island.

The town was established in 1488, ten years after the Spanish conquest and the name comes from the old Canarian ‘Afurgad’ meaning both ‘crossroads’ and ‘high place’. Firgas is known as the ‘balcony of the Atlantic’, for its views to the coast to the north, and the Villa de Agua because, along with Teror, it owes its fame to its natural springs. 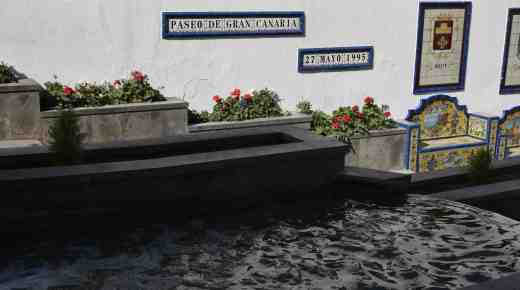 But when you park up the most striking feature, in the centre of town, is the straight, steeply sloping street now renamed the Paseo de Gran Canaria and Paseo de Canarias from the old Real del Centro. 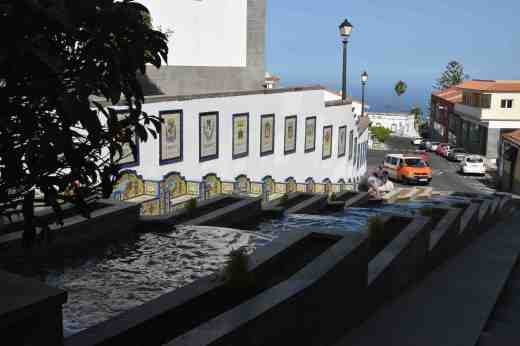 Now pedestrianised, the lower part is dominated by a raised water feature with a bubbling fountain at the top but what is most striking is the series of ceramic plaques and seats that line the street, representing the 22 municipalities of the island. 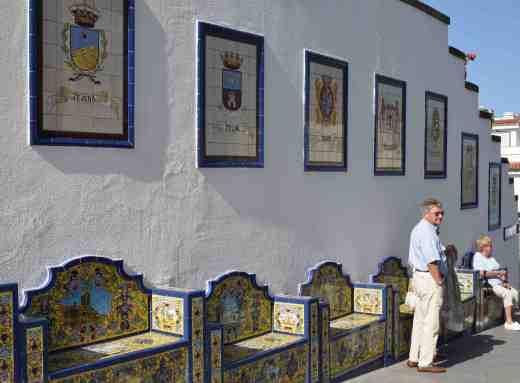 Of course, when I was there they were refurbishing the street and half was unaccessible but at least the usual ubiquitous scaffolding was absent! 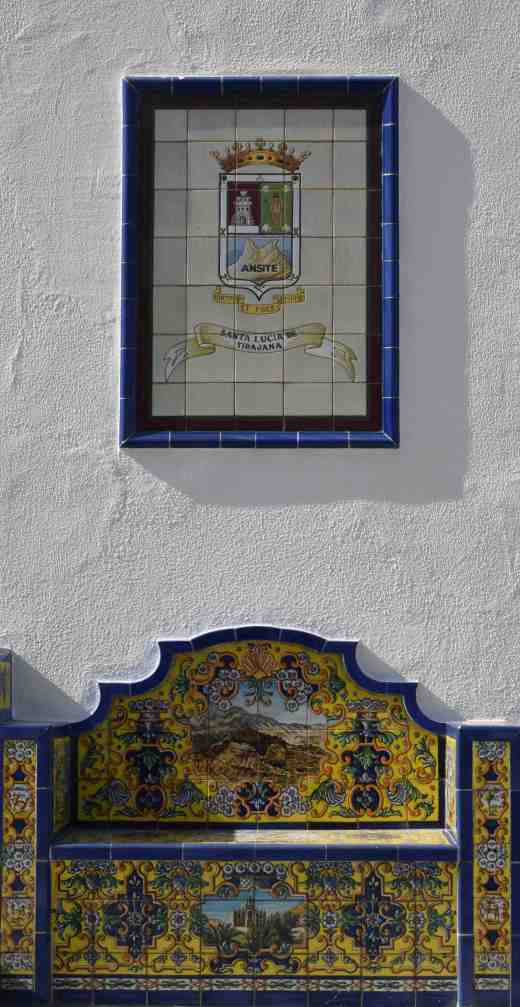 These are beautiful and elaborate and offer a welcome rest when you are climbing the hill. They are not old, dating just to 1995 and below you can see the virgin of the pines I mentioned last week in the post about Teror. 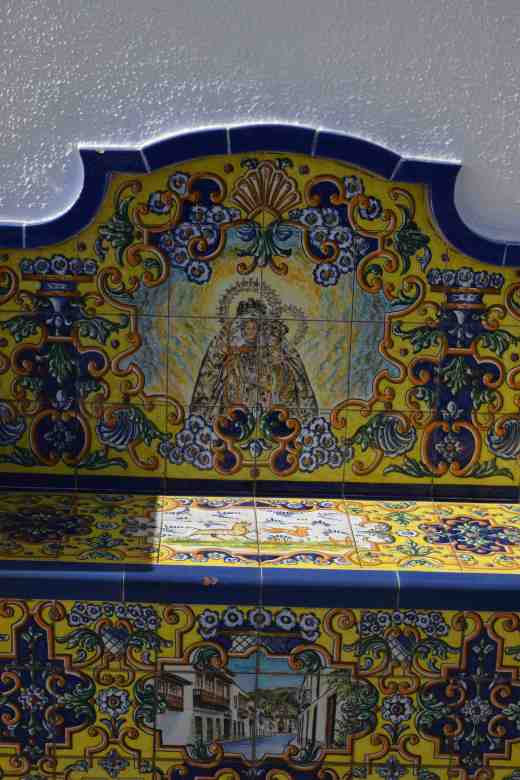 Further up the hill is the Paseo de Canarias and here the middle of the street is dominated by a series of seven ceramic depictions of all the Canary Islands complete with heraldic shield and a relief model of the island. 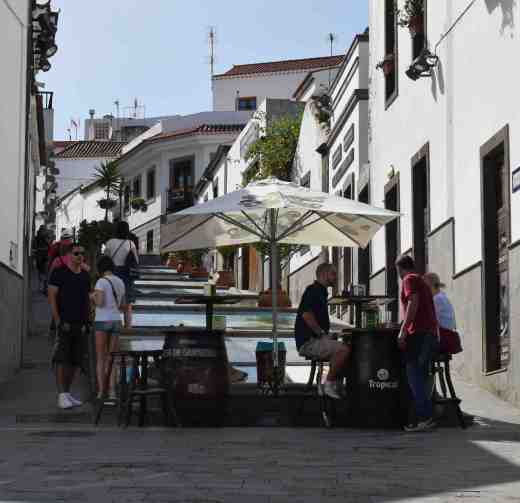 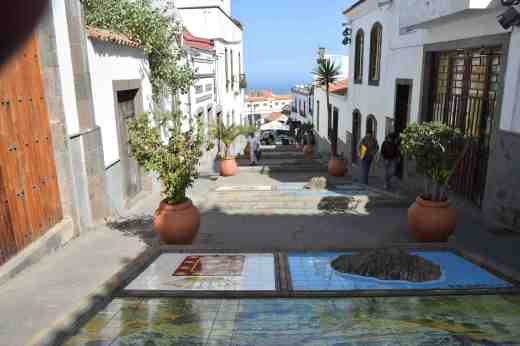 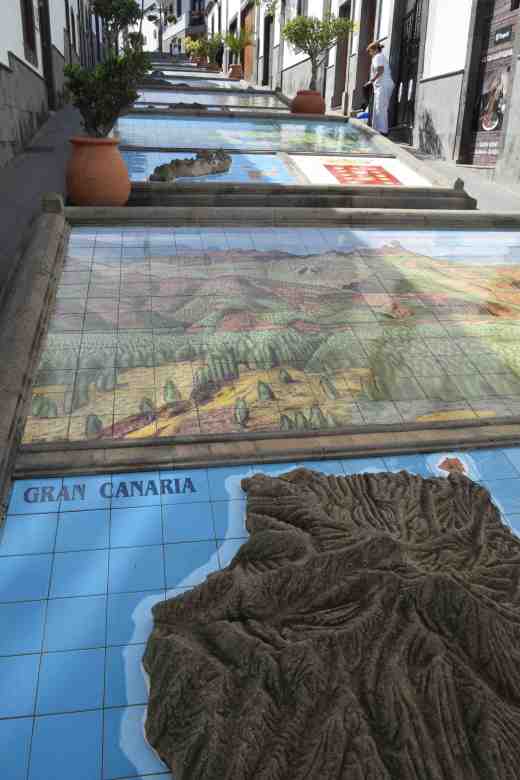 Nearby is the Plaza de San Roque where there is the church, a coffee stall and great views of the coast to the north as well as a water coarse hidden in a wall below the road above with odd sculptures depicting how the water was used in the past. 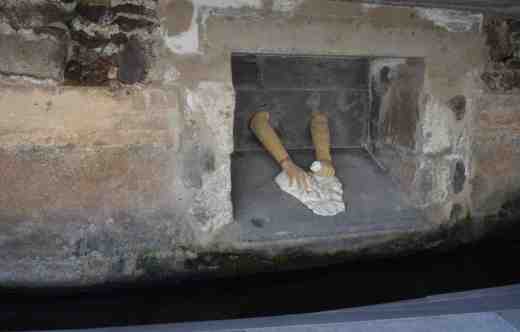 Not far away is the Barranco de Azuaje. The road follows the sides of the barranco and cross it at the narrowest part, furthest from the sea. In the narrow floor of the barranco are signs of cultivation of crops, presumably fed by one of the many springs. 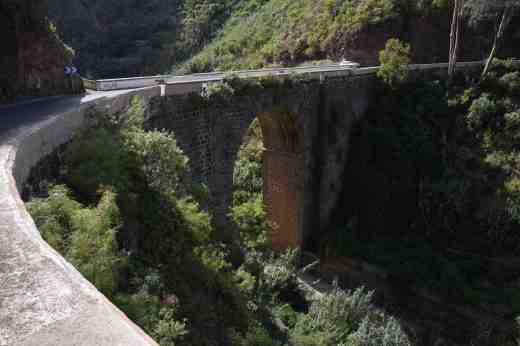 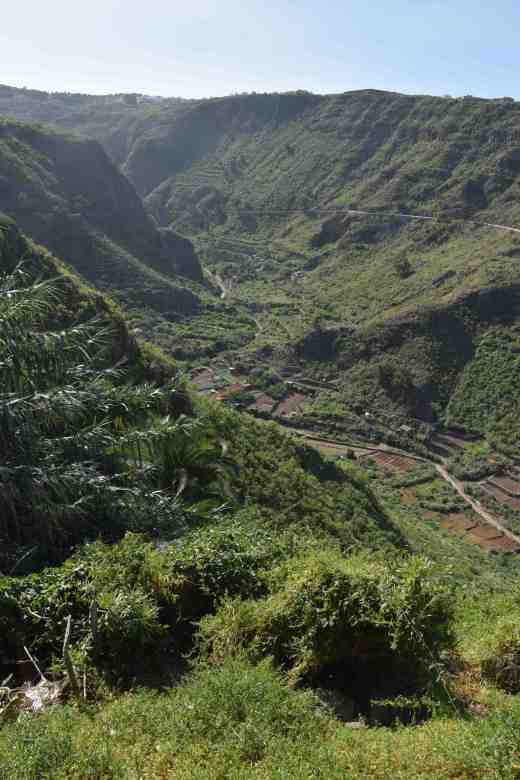 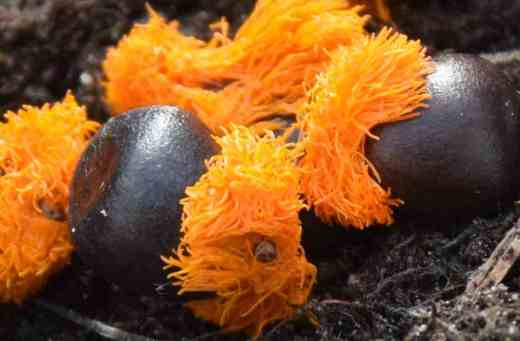 These tough, round seeds are almost as spectacular as the flowers of the plants they will become… 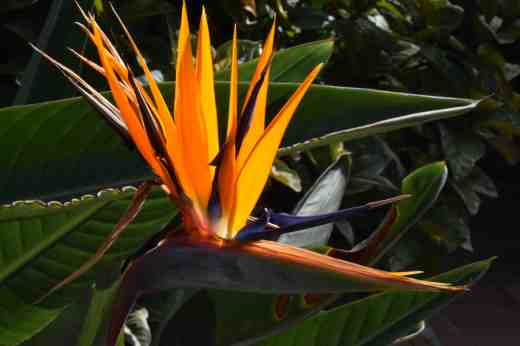