You are here: Home » Primula ‘Avondale’: an Irish Primrose 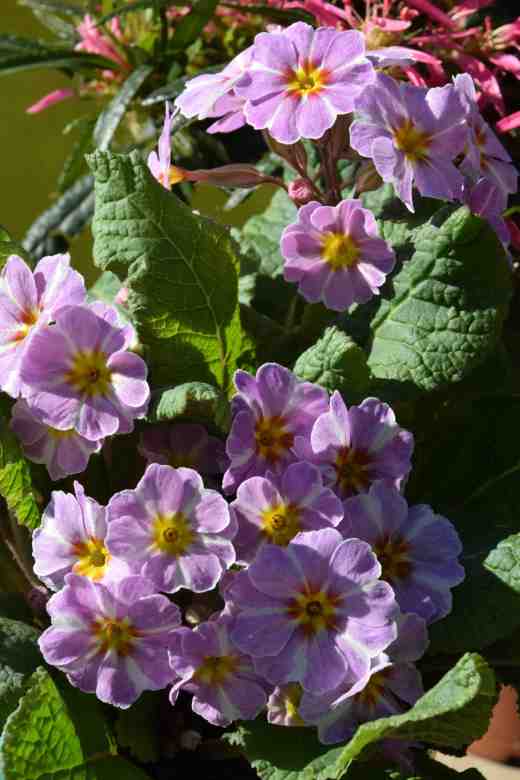 Ireland has a long tradition of breeding and growing primroses and the climate here suits them well. Many of the old varieties that I used to covet and collect had their origins in Ireland. So it is fitting that the new Kennedy primroses, marketed as Irish Primroses, have become a success internationally. Joe Kennedy has spent the best part of the last 30 years breeding the new series, derived from the old varieties, with the express aim of creating colourful but tough and long-lived plants to bring colour and grace to spring gardens. There must be a dozen or more available now and, with a wide range of colours, some with dark leaves,  there is something for everyone. Now that is a nice way of saying that I am not sold on some of them but others really appeal to me – which is to be expected from a big series of plants and is no criticism.

I bought this one today (‘Avondale’) and although it was released at least a year ago I will stretch the definition and call it new. This is how I like my primulas – colourful but not so big that they can’t cope with changeable spring weather and not pretending to be a petunia. I also like polyanthus types, with their bunches of flowers on a common stem, slightly more than true primroses too, partly because the slightly raised flowers are less likely to get munched by slugs and also because they are easier as a cut flower.

‘Avondale’ is named after the birthplace of Irish Political Leader, Charles Stewart Parnell (1846-91) in Wicklow. It is a dainty plant with slightly purple-flushed foliage and red stems with pretty pink flowers with a yellow eye augmented with red chevrons. It has a white median stripe through the petals that makes me think of the old ‘Kinlough Beauty’ that I used to grow ages ago and that may still be available.