You are here: Home » Gorey: a thriving town

Looking east along the High Street

I thought it was about time I had a post about the nearest town to where I live: Gorey. Now bypassed by the N11, opened in 2007, and the main route between Wexford and Dublin, the town must have had a huge lease of life, the new road relieving the town from horrendous traffic. Bypasses often spell doom to towns as the traffic speeds past rather than stops, but the recent addition of two large, smart hotels, as well as the uber-posh Marlfield House, a large range of independent shops, a lively population and the location, just an hour from South Dublin, have ensured that the town is thriving.

It is hard to know how to sum up the charms of the town but what  really strikes you is the sheer number of coffee shops and restaurants. What is more remarkable is that these are all independent. There is no Starbucks, Costa*, MacDonalds or KFC. There are burger and chicken joints but none of the mega-companies that dominate most UK streets.

At the eastern end of town is Esmonde Street which is packed with boutiques and apparently attracts shoppers from Dublin. The rest of the main street has everything you could want to buy and the side streets off this have even more places to spend money. A Supervalu supermarket in the centre of town emphasises its local produce while, like most Irish towns, on the fringes are Aldi and Lidl. At the western edge of town is the Mall, which is not quite as grand as it sounds, with a Dunnes store. Dunnes are almost like an M&S but not quite, but sell clothes, houseware and foods (oddly including a few Waitrose products). This February a giant Tesco opened next to this and I was sure it would destroy the town but so far I think it is Tesco that is struggling.

Gorey (Guaire) is not just thriving as a retail destination but also in terms of population. For most of the past 200 years its population has been around the 3000 mark but in the past 20 years it has doubled to more than 8000, boosted by the Celtic Tiger years which led to a massive expansion of house building, not all of it very sympathetic or well planned.

Anyway, it may not be the most picturesque town in Ireland but it has its charms and it is great that it is in such good health with a vibrant population and lots going on. There is a theatre, lots of evening classes ( I am even doing tai chi) and a wonderful, 7-screen cinema that is never busy and which makes seeing a film a real pleasure – unlike the awful, unpleasant Showcase back in Peterborough which is the main reason why I used to buy DVDs. In Gorey I see the new films the weekend they come out.

In Ireland a street tree is what it says – planted in the street! I am amazed at the number of trees actually planted in the road – sounds dangerous but I suppose it is safer for pedestrians!

I can only assume that the sign writer couldn’t spell ‘accessories’. It does suggest a lack of imagination! 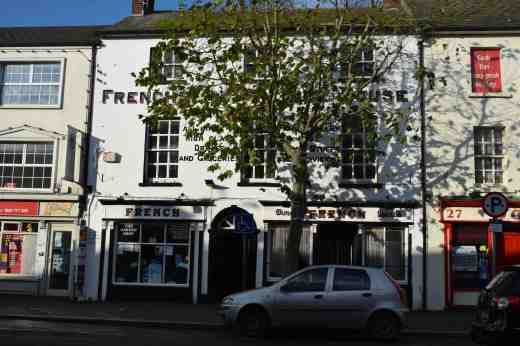 French’s is one of those shops that you just wouldn’t see anywhere else but Ireland. On the right is a busy, serious drinkers’ bar. On the left is an agricultural merchant. 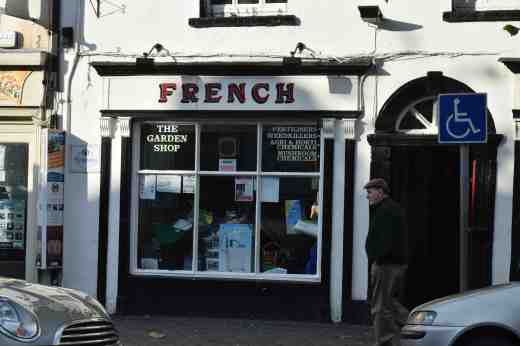 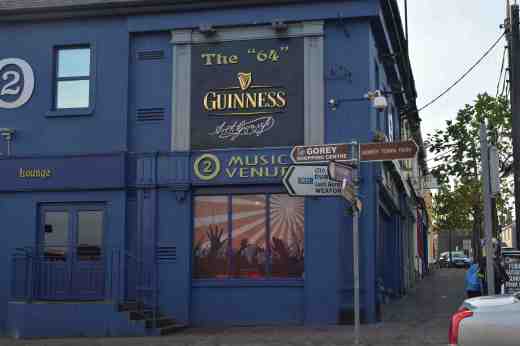 You are never short of somewhere to drink in Gorey

Or somewhere to eat. There is every cuisine from Thai to Italian. My favourite name is the Ipoh Chinese but the Ping Kee is a pretty good name! I hope they don’t serve sweet and sour fingers. 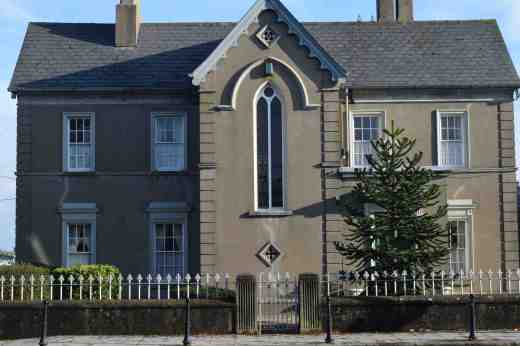 Of course there are churches and associated buildings 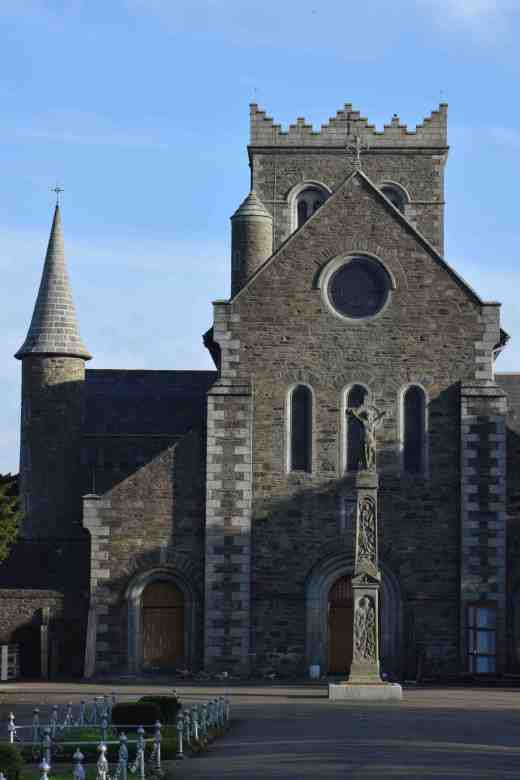 Such as St Michael’s

And there has to be a few odd sights – like this post box. Painted green it is obviously still in use – but ‘ER’? That’s very odd. UPDATE! I assumed the ER was Elizabeth, which didn’t make sense since the Proclamation of the Irish Republic in 1916. But of course there was Edward Vllth who was king from 1901-1910. 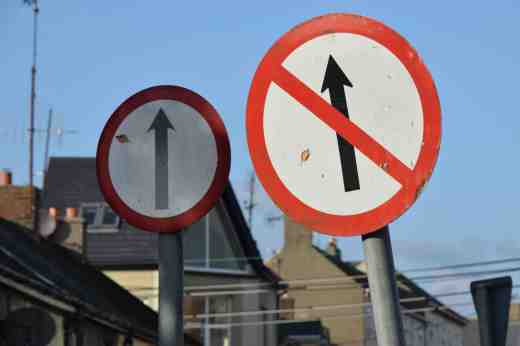 And I quickly learned never to believe road signs in this part of the world – they are turned round at regular intervals. But this is a bit of a tricky one!

* The new Tesco does contain a Costa and I confess I do go now and then to get my ‘flat white’ fix.

3 Comments on “Gorey: a thriving town”